Will There Be A Third Temple? 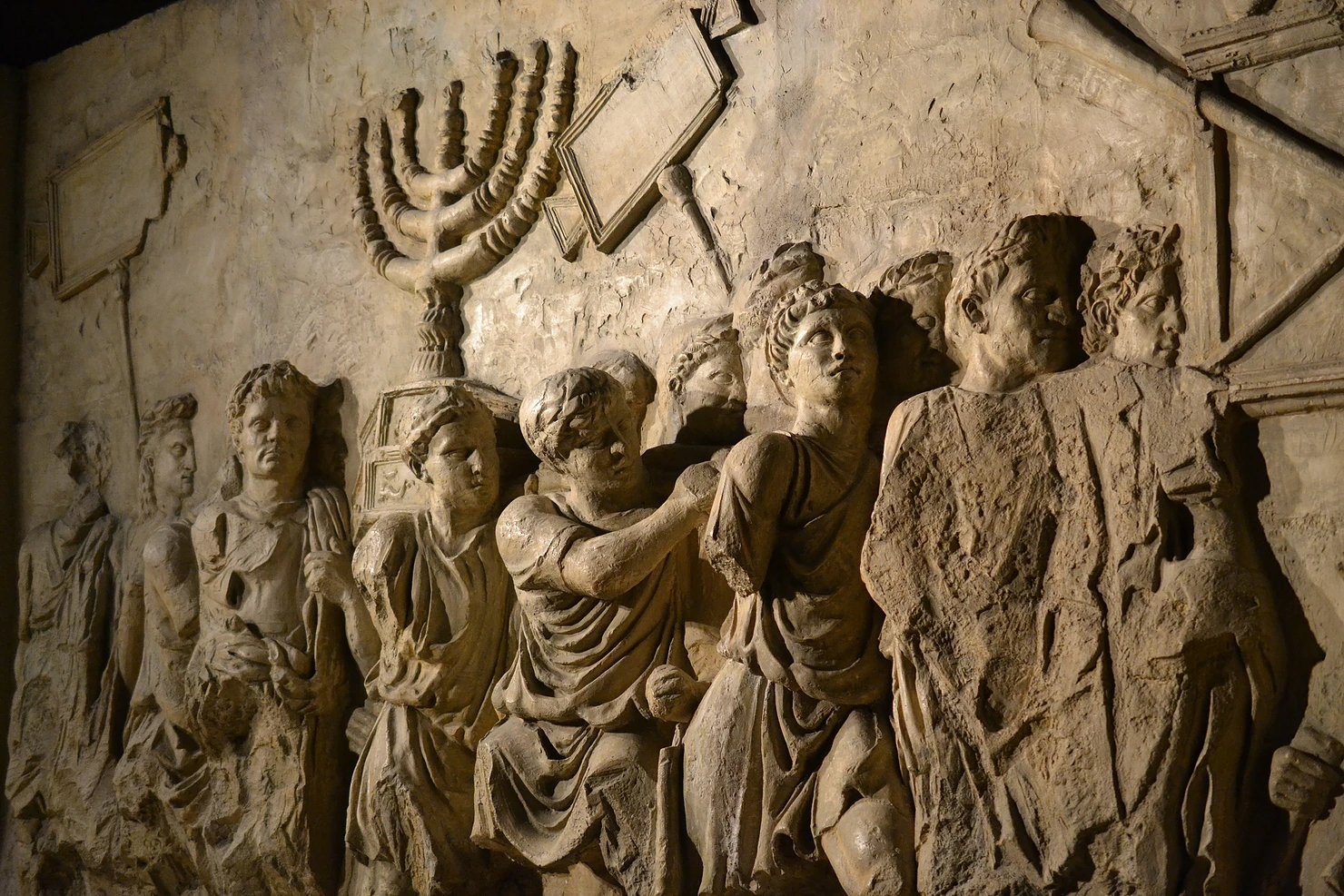 Will there be a Third Temple? It is a good question that believers who study end time scriptures end up pondering. There are prophesies which seem to say that, before the Messiah’s return, a third Temple will be built and ritual sacrifices will be reinstated which the Antichrist will encourage and then put a stop to (Daniel 9, Ezekiel 40-48, Matthew 24, 2 Thessalonians 2). Adding to the obvious interest in the subject is the fact that certain Orthodox Jewish groups are actively making plans to build the Temple and are soliciting support from evangelicals whom they know to be interested and supportive of such a move—albeit for different reasons. With this article, we seek to address some of the main bible passages which speak to this issue and, with God’s grace, hope to shed some light on some possible answers. Also, there are several critical issues in relation to this issue which all believers need to be aware of.

The Abomination of Desolation

In perhaps His most famous end-time discourse, Yeshua speaks of an event which is closely related to the great tribulation of the end times and the activity of the antichrist:

Therefore when you see the ‘abomination of desolation,’ spoken of by Daniel the prophet, standing in the holy place (whoever reads, let him understand) then let those who are in Judea flee to the mountains. ~Matthew 24:15-16

The book of Daniel, particularly chapter 11, gives details to this seemingly opaque reference:

His armed forces will rise up to desecrate the temple fortress and will abolish the daily sacrifice. Then they will set up the abomination that causes desolation. With flattery he will corrupt those who have violated the covenant, but the people who know their God will firmly resist him. ~Daniel 11:31-32

The prophecies of Daniel which speak of a future king who would desecrate the Temple, stop the sacrifices, and draw the people of God away from the truth were fulfilled by Antiochus IV Epiphanes, a Hellenistic (Greek) King who in 167 BC, after having desecrated the temple and outlawed the Jewish faith, erected a statue of Zeus in the Holy Temple. Many Jews at that time had adopted the Greek culture and world view. However, the outrages that Antiochus committed caused the devout Jews in the Land to rise up against the Greek rule, and a small but devoted band of Jews, led by Judah the Maccabee, succeeded in defeating one of the mightiest armies on earth and rededicating the Temple to the service of God.

So, if this prophecy was already fulfilled in 167 BC, why does Yeshua quote this prophecy in relation to end time events? Many biblical events and prophecies have implications beyond their literal fulfillment in history, just as Yeshua spoke about the time of His second coming as being like the days of Noah (Matthew 24:37) So, in relation to the unfolding of end time events, it’s clear that Antiochus IV was a type of antichrist.

Where is the Holy Place?

In Matthew 24, Yeshua prophesied that the Temple would be destroyed, which it was in 70 AD. His prophecy about the “abomination that causes desolation” has caused many, if not most, to conclude that a third temple must be built for the antichrist to be able to perform his abomination there literally, just as Antiochus IV did. However, the Matthew 24 prophesy which speaks about an “abomination that causes desolation” makes an appeal to readers to understand what the prophesy is talking about—in particular what is meant by holy place.

If we consider that Yeshua was referring to the Temple in Matthew 24 as the holy place, then we run into the problem of the fact that a Temple built by Orthodox Jews who reject Yeshua as Messiah will not be a holy place because the Holy Spirit will not dwell there. Yeshua’s sacrifice was once and for all, and no other sacrifice can be made for sanctification (Hebrews 10). On the other hand, the New Testament clearly states that redeemed believers in Yeshua are the Temple of the Holy Spirit:

One could argue then that the “Third Temple” could actually be the collective redeemed body of Messiah.

The Great Falling Away and The Abomination that Causes Desolation

How then are we to understand this “abomination that causes desolation” if the holy place Yeshua refers to is not actually a physical rebuilt temple in Jerusalem? Daniel 11:32 gives us a clue:

With flattery he will corrupt those who have violated the covenant, but the people who know their God will firmly resist him.

Just as many Jews during the second century BC had allowed themselves to adopt the culture, world view and ways of the Greeks and even welcomed the Greek takeover of Jerusalem, the Bible tells us that there will be a time when many believers who have adopted the culture and values of the secular, humanistic world around them, those who even deny certain clear truths about the bible (which is already happening today), they will be susceptible to the subtle and seductive “flattery” and influence of the antichrist. This “the great falling away” which the New Testament refers to can only be understood as “falling away from the faith”:

Now, brethren, concerning the coming of our Lord Jesus Christ and our gathering together to Him… Let no one deceive you by any means; for that Day will not come unless the falling away comes first, and the man of sin is revealed, the son of perdition, who opposes and exalts himself above all that is called God or that is worshiped, so that he sits as God in the temple of God, showing himself that he is God. 2 Thes 2:1, 3-4

It speaks volumes that Yeshua chose to say holy place instead of merely “Temple” when giving his prophecy in Matthew 24:15-16. Since Yeshua’s crucifixion and resurrection and the destruction of the Second Temple, the only holy place on earth is the sanctified spirit of the believer wherein dwells the Holy Spirit. So, by that reasoning, one could argue that Yeshua was referring to the great falling away in Matthew 24 when He spoke about the “abomination that causes desolation”, that it would be a time when believers who have allowed the world to enter in and corrupt their faith, whose love has grown cold, will accept this “man of sin” into their hearts.

It is possible that there will be a third Temple and that ritual sacrifices will be reinstated before the Lord’s return. Considering the super-charged issues surrounding the Temple Mount, it would take a truly supernatural event to bring about a change in the current status quo; the building of a Jewish Temple could only come to pass under the auspices of the antichrist who may succeed at reaching a false peace between Jews and Muslims. The Temple Mount is one of the holiest sites in Islam and Muslims have administrative control over the Temple Mount in Jerusalem.

Furthermore, most Orthodox Jews are not on board with plans to build the Third Temple, let alone Conservative and Reform Jews who view building the Temple in strictly metaphorical, spiritual terms. Only a certain group of National Orthodox is actively supporting preparations for a Third Temple. There is great resistance to their ideas in secular Israeli society, of course, but also the majority of Ultra-Orthodox are against building the Temple before the return of the Messiah. The mainstream Ultra-Orthodox view is that God is building the Third Temple in heaven according to the dimensions given in Ezekiel’s vision (Ezekiel 40-48), and this heavenly Temple will descend from heaven to earth only when the Messiah comes.

So, it goes to reason that if a Third Temple were to be built, considering all the seemingly insurmountable obstacles in its way, it will in all likelihood only happen in the context of the antichrist rule at which time the end time tribulation will already be in full swing.

Should Christians Support Jewish Efforts to Build the Temple?

Financially supporting fringe National Orthodox Jewish efforts to assemble the needed animals and implements for the building of the Third Temple will not hasten the day of the Lord’s return. We cannot hasten the coming of the Lord by supporting or encouraging the negative things that prophecy tells us are supposed to happen before His coming: according to that idea, we should then support the moral decline of society because prophecy tells us that evil in society will increase in the end times.

What is clear is that while many believers anticipate the building of the Third Temple to be a super sign that will signal that the end times are upon us, it is fully possible that it won’t happen before the Lord’s return. What will happen for sure is the great falling away which the New Testament warns about: it is a much more serious and insidious thing to be watching out for and guarding against in our midst (not letting the word system corrupt our beliefs and not letting our love grow cold), lest we be found without oil in our lamps when the voice of the Bridegroom is heard. In the darkest time in history, the Lord is calling us to be light!

The eight chapters at the end of Ezekiel written at the beginning of the Babylonian exile after the destruction of the First Temple and proceeded the building of the Second Temple present major challenges to both religious Jewish and Christian commentators. Some see these chapters as the most challenging in the Hebrew Bible.

For Jewish commentators these chapters raise the question: why didn’t the returned exiles under Zerubbabel build the Second Temple according to Ezekiel’s measurements? Their answer is that the Babylonian exiles who returned to build the Temple did not experience a full redemption (geulah shlema) because they were living in compromise in regards to foreign women, and the Ezekiel temple is a heavenly construction which will descend from heaven when the Messiah comes.

For Christian and Messianic Jewish commentators, these verses present a challenge in the fact that they seem to speak about the Messianic age when Yeshua the Messiah will reign on earth for 1,000 years while containing detailed instructions about animal sacrifices—a clear contradiction to the New Testament understanding that animal sacrifice was done away with in the one perfect sacrifice of Yeshua (Hebrews 10).

So Christian and Messianic believers are then faced with the same interpretation challenge as the Jewish commentators: p’shat versus drash—whether to come to terms with the literal meaning of the text or to seek a symbolic meaning in the verses. While religious Jewish commentators make no bones about drash—drawing out more meanings from a passage not literally apparent from the text, many Christian and Messianic commentators are more wary of running away with symbolic interpretations of challenging prophetic scripture which the scripture itself doesn’t offer interpretation to. Either way, we seek the Lord to guide us in all wisdom and revelation into His word by the Holy Spirit! He is faithful to grant wisdom to those who ask in faith (James 1:5)