In all the years that I have been serving on the streets,  the situation of the homeless right now in Tel Aviv is the worst that I’ve ever seen. Homeless shelters have closed because of the coronavirus, making the number of those living on the streets right now five times higher than it was a month ago.

Because there are quarantine restrictions in Israel at the moment, meaning that no one can congregate in closed spaces, all the food distribution we’re doing is out on the street. There are actually restrictions against being out on the streets as well, but the Israeli police are allowing us to continue our outreach: they see it as helping keep the public order and peace because they understand that these helpless, starving people might start breaking into stores or houses in order to steal food.

We have been working in the area for years now and know all the places where the homeless and drug addicts hide out. We have found places where people hadn’t eaten all day (we head out to the streets in the evening around eight). It was hard for me to see people who ravenously devoured the food we brought and were asking for more a moment later. Remember that it is still the rainy season here in Israel, and it’s still very cold at night. It’s a difficult thing to see so many people sleeping on the filthy ground, in stairwells and bus stations.  During this virus crisis, now is the time that we need people serving on the streets, to be there for people who have absolutely nothing.

I prepare all the sandwiches at home ahead of time, wearing gloves, and wrap each one in cellophane. My children have already become experts at wrapping and packing hundreds of sandwiches: they are home because of the quarantine, so our sandwich making is an excellent activity to keep them busy! When I head out to the streets, it looks like I’m heading out to war with my face mask, googles, gloves, a hat and several layers of clothes which I spray regularly with disinfectant while I’m out. We have started doing the food distribution from the back of my car: we park, open up the hatchback and let the people come one at a time to help themselves to sandwiches, bottles of water and hot tea. We are careful to have all those who come to take sandwiches keep the two-meter distance from us and from each other as required by the government guidelines. 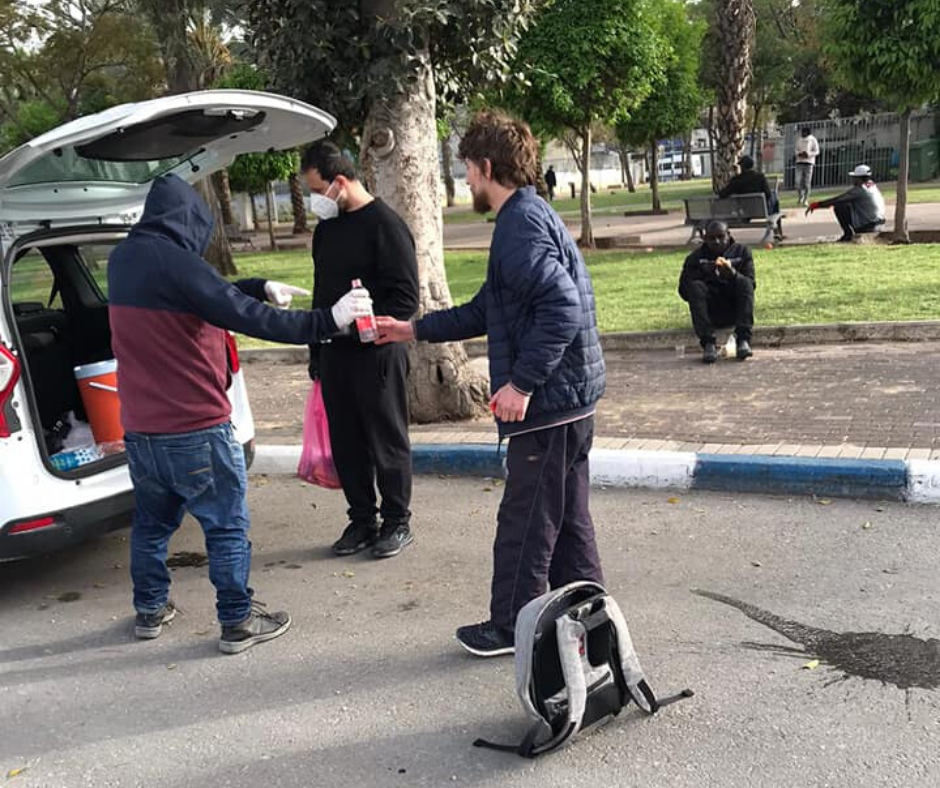 The Miracle in This Mess

There is a miracle in the mess of this situation: more and more homeless have been willing to go to the Messianic drug rehabilitation centers we recommend to them. This week alone at lease four people living on the street started a new chapter in their lives as they received Yeshua as their Messiah and started in rehabilitation programs. Additionally, so many people we know from seeing them every week on the streets are asking us to pray for them in Yeshua’s name when they see us, many more than any other time in the past. Of course, because of the restrictions due to the virus, we must pray for people from a distance, but despite that, we can clearly see that people are so much more open and hungry for the truth than ever before!