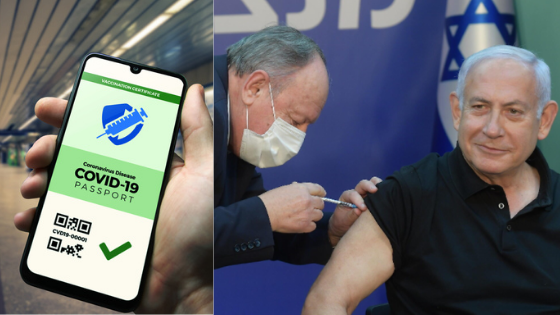 Several weeks ago, Israel honored Holocaust Memorial Day, a solemn day of radio and television broadcasts devoted to holocaust survivor stories, difficult and chilling documentaries, and deeply touching memorials to the survivors. It is a national day of mourning. Israel was born out of the ashes of the holocaust: even if your parents or grandparents are not holocaust survivors, you know someone who is the child or grandchild of survivors. At this point you may be wondering, “What does the holocaust have to do with Israel’s green passport system?” The answer is: absolutely nothing. But that is precisely the issue: recently some believers abroad and even a few here in Israel have begun comparing the Israeli government’s vaccination campaign to Nazi medical experimentation and the green passport system to the Nazi use of the yellow star.

When I first became aware of this fact, I was shocked. Israel-supporting Christians were comparing Israel’s government to the Nazis because of its vaccination campaign? Criticizing Israel’s government is fair— we Israelis have plenty of criticism of the government and the way it has handled this pandemic. Expressing concern about the covid-19 vaccine and criticizing the way the government is dealing with the pandemic is one thing. Comparing Israel’s attempt to deal with the pandemic (an unprecedented health and economic crisis) to the tactics of the fascist, racist National Socialists who instituted one of the world’s most brutal and murderous totalitarian regimes ever and perpetrated genocide and torture on an unprecedented scale against Jews and other undesirables…is way beyond the pale. It is wrong and dangerous.

Using the Holocaust-Hyperbole as a Political Weapon in the US

When I started researching the covid-19\holocaust comparisons, I quickly discovered that they were already surfacing last summer: like when a Kansas newspaper published a cartoon comparing its state’s mask-mandate to the yellow star. In reaction to that cartoon, Anti-Defamation League CEO Jonathan Greenblatt tweeted: “To compare COVID-19 rules to the slaughter of millions in the Holocaust is disgusting, wrong and has no place in our society.”  But that was just the beginning.

A March 29th Fox News article quotes Republican congressman Madison Cawthorn of North Carolina stating that proposals for vaccine passports in the US “smack of 1940’s Nazi Germany.” On the same day, the Libertarian Party of Kentucky tweeted: “Are the vaccine passports going to be yellow, shaped like a star, and sewn on our clothes?” That tweet caused a wave of condemnation, including from the spokesman of the Kentucky Republican Party who publicly responded by saying that their state’s party members “will always condemn this kind of hateful and extreme rhetoric.”

However, the trend of March 29th continued unabated, with the former US ambassador to Germany Richard Grenell tweeting a meme comparing vaccine passport with Nazism. Ironically, in 2019 Grenell, who is a member of the US Holocaust Memorial Council, tweeted: “Never compare the Holocaust to anything. Ever.” Back then he raised that standard as a response to liberal Democratic Rep. Alexandria Ocasio-Cortez who was then labeling immigrant detention camps on the Mexican border “concentration camps” and using the phrase never again—which is the byword of holocaust remembrance—in connection to the border situation.

For some months, the vaccine passport-holocaust canard circulated in social media, making itself acceptable speech in the anti-vaccine camp. It was particularly upsetting, however, when Christian leaders began using this speech specifically to describe Israel’s vaccine campaign. Prominent Christian leaders called the Israeli vaccine campaign “a war crime” and compared it to the barbarous medical experiments performed by Nazi doctors on Jews and other “undesirables” without their consent, without anesthesia, in de-humanizing conditions. What the Nazis did can only be labeled torture. 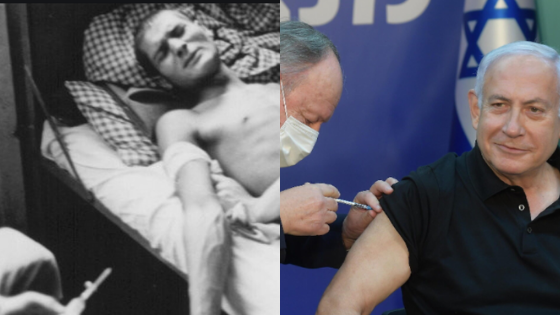 These leaders also likened Israel’s green passport to the yellow star which the Nazis made Jews wear as they began systematically removing them from all spheres in society in preparation to annihilate them. Note: their reason behind making Jews wear the yellow star was to systematically remove them from society and annihilate them because they hated them and viewed them as racially inferior. To label Israel’s vaccine campaign a gross human rights violation on par with Nazi medical experimentation and to call the green passport system the yellow star and a slippery-slope to totalitarianism, is simply insane—but what is mind-boggling is that there are many people, many believers, who do not bat an eye at this comparison. 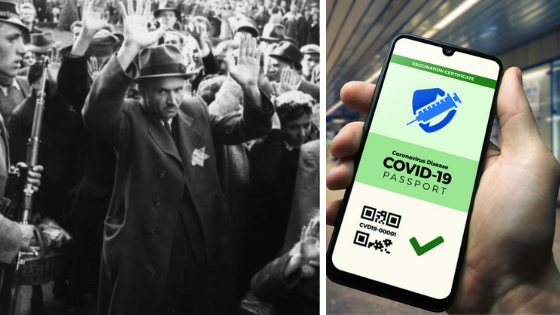 It is important to see how extreme these comparisons are

In case we have forgotten, there is a global pandemic on, and every nation around the world (perhaps with the exception of Brazil which has largely adopted personal freedom over quarantine and vaccine, to unfortunately disastrous effect) is trying to get covid-19 vaccines to its citizens and re-open its economy. Therefore, Israel is not special or extraordinary in that regard. The Nazi regime, on the other hand, was advancing a campaign to conquer the world with its radical, racist cultural theory in a brutally violent war. They were not trying to stop a global pandemic – that is, to save lives and livelihoods.

It is interesting to note that in his address to the Conservative Political Action Conference in February of this year, former President Trump took personal credit for the swift production of the covid-19 vaccines in the US, saying: “I Pushed the FDA like they have never been pushed before…What the Trump administration has done with vaccines has in many respects perhaps saved large portions of the world. Not only our country, but large portions of the world.” I have yet to see anyone compare former President Trump to the Nazis for what he did concerning the covid vaccine. Sadly, some Christians and a few believers here focused on Israel for that instead.

A Lesson from the Holocaust

Viktor Klemperer, a Jew who survived Nazi Germany in the city of Dresden, risked his life by keeping meticulous diaries of daily life during the Rise of the Third Reich and throughout the war. He was also a linguistic professor and offered insights about the powerful role extremist language played in the Nazi’s take-over of German society. Klemperer observed: “Words can be like tiny doses of arsenic…they are swallowed unnoticed, appear to have no effect, and then after a little time the toxic reaction sets in.”  Right now, many are using reckless language and exaggeration to express their opinions and alarm about government handling of the coronavirus without taking into consideration how powerful their words are: unwittingly they are sewing fear and confusion. A natural reaction in the human heart to fear and confusion is anger and hate. Antisemitism has seen a dramatic rise during the last four years, particularly during the pandemic, even among Christians. The Nazi comparisons used by some Christian leaders recently to criticize the Israeli government is deeply troubling and should be a red flag to us all.

A note on the use of the Nazi epithet in Israel

This year, Israeli anti-vaccination protests began using the holocaust comparison, with protestors donning yellow stars. In response, Israel’s Yad V’Shem issued a warning against “the demagogic abuse of Holocaust imagery and language which distorts the past as well as the current reality for political purposes.” Further they added, “Exploiting these terms from the Holocaust, in order to incite and inflame hatred, desecrates the memory of the Holocaust.”