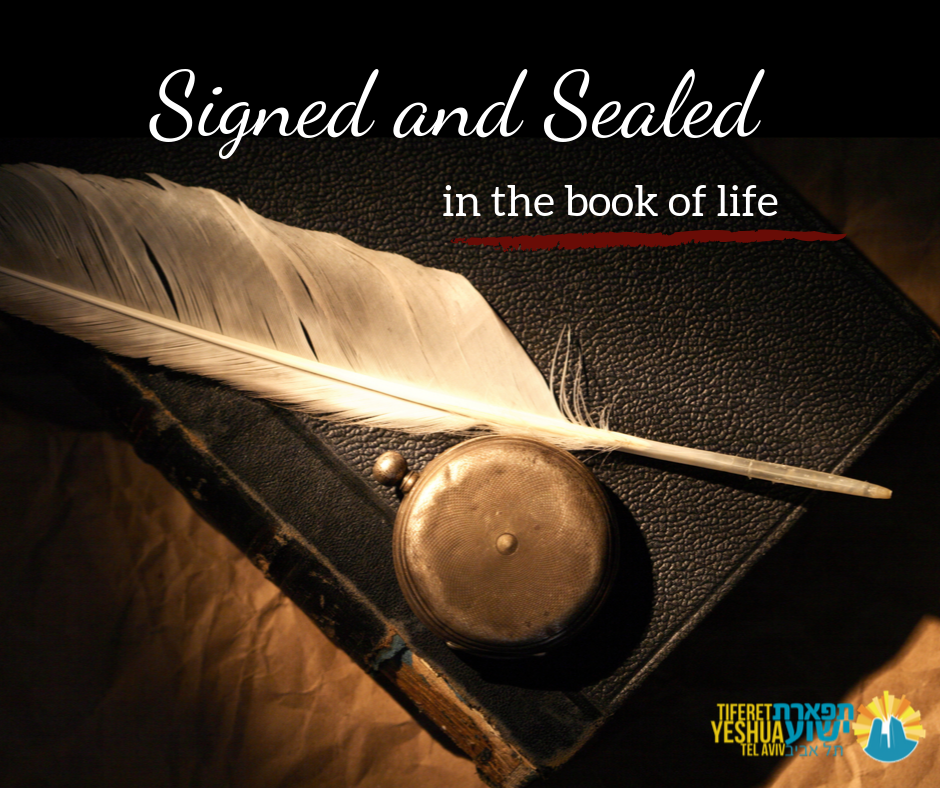 Yom Kippur: Signed and Sealed in the Book of Life

Day of Atonement: the tradition

During the time between Rosh Hashana (the Day of Trumpeting) and Yom Kippur (the Day of Atonement), the customary greeting one hears everywhere is: “G’mar chatima tova” which basically means “May you have a good final sealing in the book of life.” According to Jewish tradition, God inscribes people’s names either into the book of life, the book of death, or a third “neither here nor there” book on Rosh Hashana. During the ten “terrible” days between Rosh Hashana and Yom Kippur, people have a chance to change their fate if they repent and humble themselves enough. Finally, as tradition goes, the books are sealed on Yom Kippur, and people’s fates are sealed. What then, according to Jewish tradition, gets you into the book of life? Charity, repentance and prayer.

Unfortunately, many traditional Jews believe that if you fast and go to the synagogue on Yom Kippur, you get a clean slate no matter how you live during the year. But when one looks at the biblical requirements for forgiveness on Yom Kippur, the reliance on good deeds to get one inscribed into the book of life are a far cry from what the Bible requires.

According to Leviticus 16, atonement is made once a year by sacrificing a bull and a goat. It is the one day in the year that the high priest would enter into the Holy of Holies, after meticulously cleansing himself, and offer blood before the atonement cover on the ark of the covenant where God’s presence was. So no amount of fasting, good works or giving to charity can atone for our sins. The Bible says it in black and white: only blood atones for sins. Sin is death, and a life can only be redeemed by another life-for life is in the blood according to Leviticus 17.

Since the temple was destroyed in 70 AD, the Jewish leaders who rejected our Messiah Yeshua and His atonement had to come up with alternate, non-biblical ways to atone for sin. However, in religious Jewish communities around the world you can find Jewish families performing Kaparot on Yom Kippur: they take a chicken (a stand-in for the scapegoat in Leviticus 16), wave it over their family member’s heads, and then slaughter the chicken (stand-in for the sin offering) and give it as charity-a far cry from the Yom Kippur sin offerings which were taken outside the camp and burned. Who wants to eat a sin-soaked chicken?

Because we understand the righteous requirement of the law, kaparot is a heart-breaking sight to see. Understanding the need for blood to atone for their sins, they are doing the only thing they know how to fulfill that requirement. Sadly, it falls desperately short.

Tradition-yes, but only if it points to biblical truth