For Fifteen Years I Couldn’t Witness to My Friend. Then Corona Happened 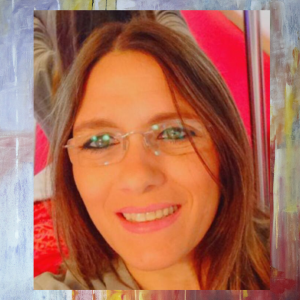 (Tzipi is a mature woman of God and has been an integral part of Tiferet Yeshua congregation for years. She shared this powerful testimony with us while we were still in quarantine, and it was a great encouragement to us. We pray it encourages you too.)

Dina (not her real name) and I have been friends over 15 years. We worked closely together in a kindergarten for a long time. When we first became friends, I never talked to her about my faith. At first it was because of the school setting where we worked. Being around the children and their parents made it difficult to have an open discussion about faith (in Israel it is illegal to knowingly “expose” anyone under the age of eighteen to the gospel). When you are building a relationship with someone, and you don’t share about your faith at the outset, it becomes harder to do it as time goes on. Fear creeps in. The fear of losing the friendship.

I told myself that I was waiting for the right moment to have the conversation with her, but the right moment never seemed to come. I wanted so much to share my faith with her, but fear was holding me back. Over the years, as our relationship grew, Dina and I became like sisters. We had family gatherings together. We celebrated holidays together. She became like family, which made the fact that I had never shared my faith with her so unbelievable: I knew my dear friend could not really know me because she did not know about Yeshua (Jesus), the most important part of my life. Beyond that, how could I not share the most precious gift I know of with my friend?

About three years ago Dina got sick with cancer, which made the pressure to witness to her greater than ever. But I just wasn’t able to do it. During that time, my daughter kept telling me, “How will you be able to look yourself in the mirror if something happens to her? You have to share Yeshua with her. It’s wrong not to tell her, she’s your friend!” I knew she was right.

A couple weeks into Israel’s quarantine lockdown, Dina called to tell me that she was having a hard time financially because of the situation. I had been volunteering at Tiferet Yeshua to help out with the grocery outreach for the needy that we organized every week during the corona lockdown. I told her that I was volunteering with a project that provided groceries to people in need during corona and that I would be happy to include her in the outreach.

That day when I was bringing the groceries to her house, I felt God saying, “This is it. This is the moment that you are going to witness to her.” The whole way there I was praying, asking Him to give me the words. It wasn’t going to be easy…I had been putting this off for fifteen years!

When I got to her house, I gave her the groceries and told her, “I know that all these years you have questions for me about what I believe.” She waved me off saying, “Yes, yes, I know, you are into the Reform thing (Reform Judaism).” I had always talked openly about God, about going to conferences, but I had never specifically mentioned Yeshua.

I told her, “No, it’s not that. Bring me the Bible (Hebrew scriptures)”. When I witness to people, I prefer that they bring their own bibles so that they don’t think I’m reading something to them out of a different Bible because everyone is always so surprised when they read the prophetic messianic scriptures for the first time.

Dina brought me her Bible and handed it to me. I don’t know how I did it—it was like strength from above was filling me. I started at the beginning, in Genesis. I showed her how it is written that God created man using the plural pronoun, saying, “…let us make man in our image and in our likeness”. Then I went to the story of Abraham and the three “angels”, one of whom is described as the LORD (YHVH). I wanted to show her that God reveals Himself to man in the Hebrew scriptures as a physical person.

Finally, I got to Yeshua. When I said His name, Dina just looked at me. After a moment she said, “Tzipi, I want to tell you something. When I was little, someone put a flier in our mailbox that offered these books. The information in the flier fascinated me, and I wanted to find out more about it. Without telling anyone, I returned the flier in the mail to get the books. The books came in the mail, without anyone noticing. I hid them in my room and started secretly reading them. One day my father caught me. What a beating he gave me over those books! He yelled at me, ‘Do you know what this is? It’s Christianity!'”

Dina then told me something she had kept to herself for years. Dina’s mother had been sent into hiding in a Christian convent during the Second World War because her parents were afraid that the Nazis would take control of Algeria where they were living. All her life, Dina remembered her mother crossing herself. When she would do it, Dina would ask her, “Mom, what are you doing? We are Jews!”  One day, Dina’s mother told her, “You don’t know this, but there are Christians who you think are Christians, but they’re actually Jews.”

I looked at Dina in shock and said, “Your mother knew about Messianic Jews!”

That day, we sat together for over four hours, going through the Word together and talking. I had no idea how the time was flying! In the end I told her, “I don’t want you to take my word for it. Search it out for yourself. It’s all here in our Bible.”

On my way home, I called my Mom to tell her. My Mom is a believer, and she was so happy to hear that I had finally witnessed to my dear friend. She and I both prayed for Dina there on the phone, that she would continue reading the Word and that Yeshua would reveal Himself to her.

That evening Dina called me: it was like our four-hour conversation from earlier that day hadn’t been enough. I told her, “Maybe it’s not the best idea for you to talk to your family about this right now. Search it out for yourself first before you share it with your family. They might get worried and start driving you crazy about it.”

“That’s exactly what I wanted to talk to you about!” Dina said. “I already told my brother. He’s intrigued and wants to find out more too.”

Since then, Dina and I talk every day. She is so hungry for God! It’s a miracle.

I told her that I never talked to her about my faith because I was afraid of losing her as a friend. Her answer to me was, “It’s a shame you didn’t tell me sooner.”

***Thanks to your support, we are able to continue special projects like our corona grocery bag outreach which became an open door for Tzipi to share the gospel with her friend*** 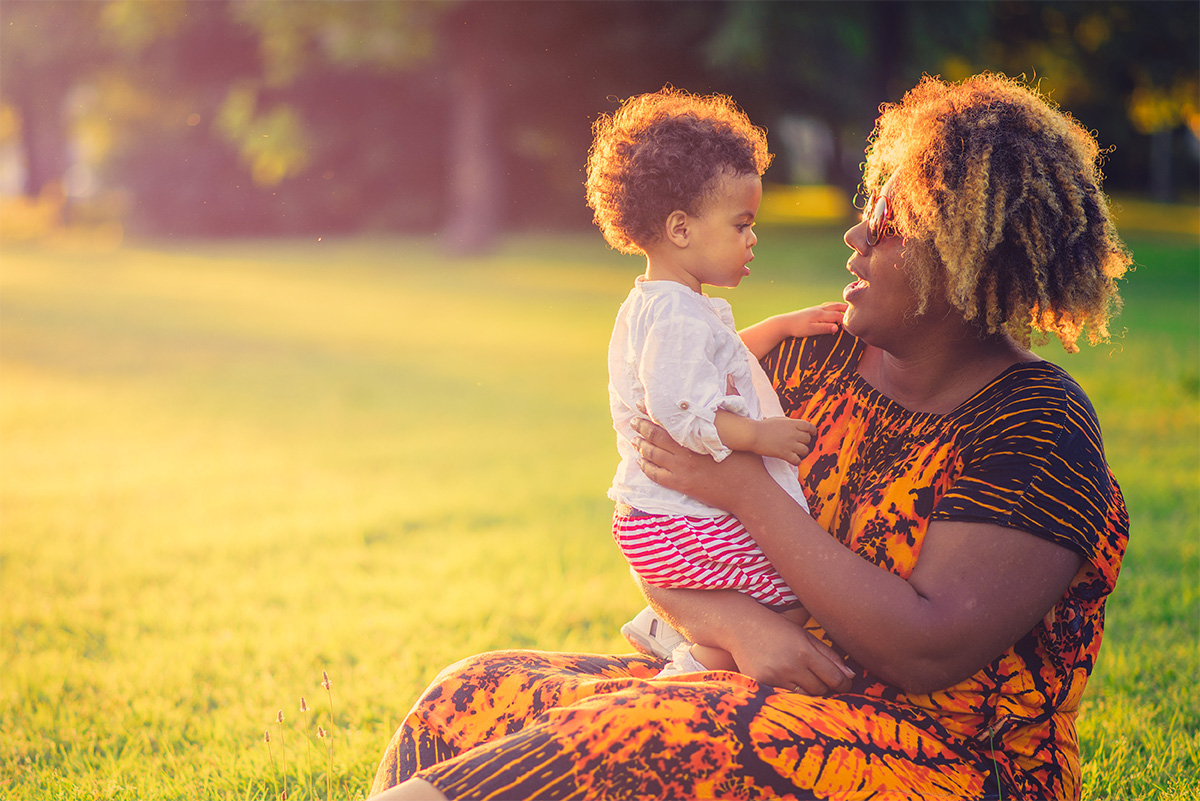 What is Pure and Undefiled Religion?

…we must help the weak, remembering the words the Lord Jesus himself said: It is more blessed to give than to receive.

Defend the weak and the fatherless, uphold the cause of the poor and the oppressed.

This past year at Tiferet Yeshua we were able to help and support dozens of families and individuals who were in need with both spiritual and financial help. When serving in ministry, it can be easy to fall into “religious” activity while neglecting the most basic principles of faith which the Apostle James speaks about: pure and undefiled religion before God the Father is this: to visit orphans and widows in their affliction and to keep oneself unstained from the world. 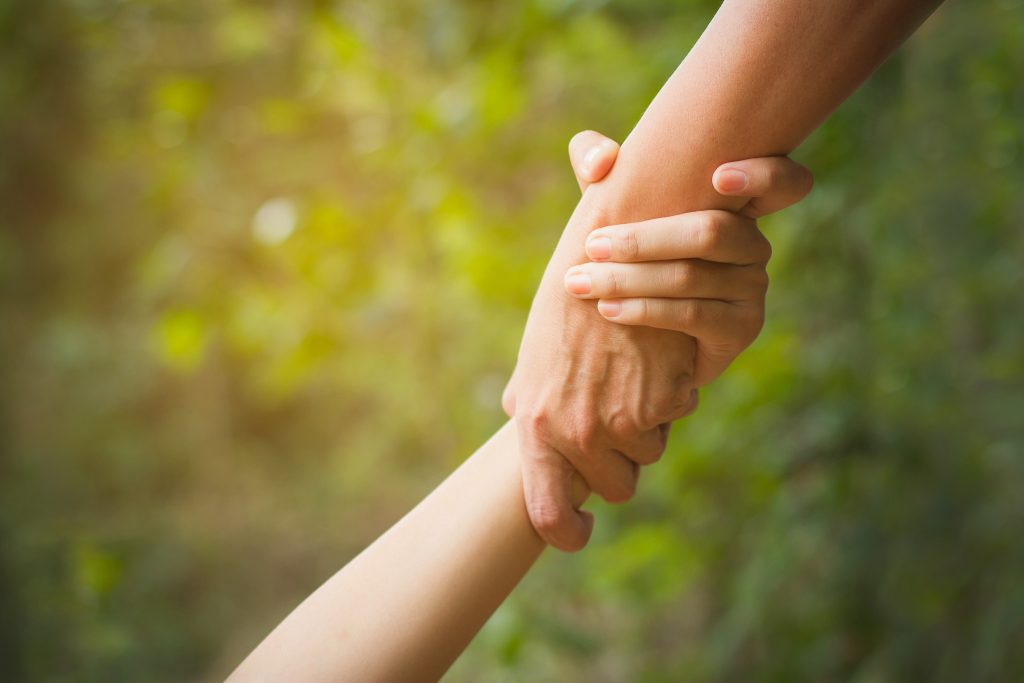 Therefore, we make sure that one of the most basic foundations of who we are as a congregation is the ability to help those in need by making our giving fund one of our highest priorities. There will always be people experiencing difficulties in their lives. However, God wants to use us precisely in these situations in order to grow and mature us in Him. So, in times of crisis in peoples’ lives, praise God that we can be there as a congregation to help and support them through it!

Testimony of a Single Mom in Need

I would like to share one special testimony about Eden (not her real name), a single mom at Tiferet Yeshua. Eden immigrated to Israel from Ethiopia; her parents were not able to make the journey to Israel. Finding herself completely alone in Israel without family, Eden soon ended up in a relationship with a man whom she hoped would marry her. She became pregnant, but, after the baby was born, it became clear that the baby’s father had no intention of marrying Eden or helping support her and the baby. All at once Eden found herself alone in a very difficult situation. When Eden was pregnant, she started attending Tiferet Yeshua, and, when it became clear that she had no one to help her out in her difficult situation, we were there for her as her spiritual family.

Judith, a sister at Tiferet Yeshua, and I have been supporting Eden for over two years—visiting her at home, listening to her, praying with her and providing her with emotional and practical support, as well as connecting her with financial and job counseling. When we first started visiting Eden, she was living in a small, dark basement apartment (with no windows) in a very rough area in south Tel Aviv where there is a high level of poverty and violent crime—certainly not an ideal place to be raising a child. With the help of God, Eden was able to move to a better area of Tel Aviv where she is renting a much nicer apartment.

When we visited her in her new apartment, Judith and I noticed that she did not have a good kitchen table (she was using a plastic outdoor table and chairs) or any storage closets. Praise God that congregation Tiferet Yeshua was able to buy her a new kitchen table and chairs and two wardrobes for storage. This week Judith and I took Eden shopping so that she could choose the kitchen dinette and wardrobes herself. What a blessing to Eden to make a new start in 2020 in with a new apartment and new furniture! And what a blessing to us to be able to help our dear sister in the Lord, just as it is written: it more blessed to give than to receive.

Remembering the Poor Brethren in Israel

One of the most central and basic messages of the Bible, both Old and New Testaments, is giving help to the weakest and most vulnerable in our societies. In Galatians 2, the Apostle Paul writes about visiting the Jewish brethren in Jerusalem and receiving the blessing of the Apostles Simon Peter, John and James, the Lord’s brother, who exhort him to continue remembering the poor and needy of the Jewish brethren in Jerusalem, even while they serve among the Gentiles.