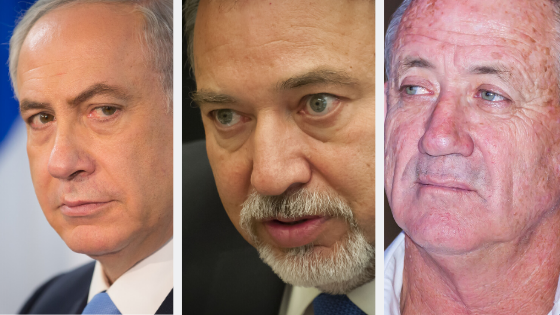 Are you getting tired of hearing about Israel’s elections? So are we.

We had hopes that this third election would be it! But those hopes began to fade as the final results came in the day after the elections: Even though Likud could claim a big win, it still could only pull together 58 mandates (three fewer than what they need to form a government), and the voices from the center-left parties were making clear that they are still entrenched in their positions.  So, we are right back where we were last elections in September and the elections before that in April. It’s starting to feel like political trench warfare: everyone is digging in and no progress is made.

WHO ARE IN THE TRENCHES? 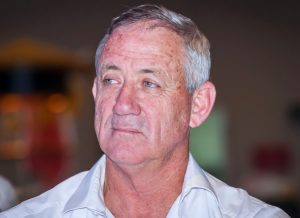 Kachol Lavan (Blue and White) – A centrist party that was formed by former IDF Chief of Staff Benny Ganz over a year ago with defectors from the Likud, among others. It seems Netanyahu has stepped on the toes of his colleagues over the years and made some bitter enemies of his former political allies. Though they deny it, this party seems to be running on “Anything but Bibi (Netanyahu)”. Blue and White’s Trench: they will not be part of a government with a prime minister who has been indicted and has to stand trial (Netanyahu has been indicted on charges of breach of trust and corruption). Their slogan? We are for Israel, Netanyahu is for himself. 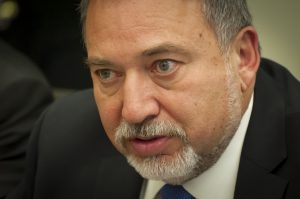 Israel Beytenu (Israel our Home) – A right-wing, nationalist party headed by former Netanyahu ally Avigdor Lieberman who can personally take the credit for forcing the first elections last year when he left the government in a huff (seems he has a Bibi ax to grind as well). Israel Beytenu’s trench: No government with ultra-orthodox parties. Their slogan? No government with the ultra-orthodox unless they agree to: civil marriages, public transportation on the Sabbath, and universal conscription for all ultra orthodox (who are currently exempt). When will the ultra-orthodox agree to that? Never.

It came out yesterday evening (March 4th) that the centrist-left parties (including Blue and White and Israel Our Home) are planning an ambush for Netanyahu: they want to pass a law in the Knesset (61 Knesset members—which they have—can pass any law they want) that would prevent an indicted Knesset Member (that would be Netanyahu) from forming a government. If this law passes, the courts may get involved to determine if it is even lawful to pass a law against a candidate right after he has won the majority of the voter’s confidence (the Likud is calling it an assault on democracy). Finally, it is anyone’s guess how long any of this might take to play out. Despite our hopes that this election would end it, Israel continues to be in political paralysis. The prospects are looking grimmer as each day passes: the different sides are taking off their gloves, ramping up the attacks, and digging into their positions.

LOOKING TO GOD, NOT MEN

All of this instability and uncertainty only strengthens us in our understanding that our faith is not in man but in God; only God will save us, not a politician or any other man. As political instability continues in our country, while countries around the world, including Israel, are hit with outbreaks of the corona virus, causing many to fear, we look to God for direction and encouragement while standing in the gap and crying out for his mercy on behalf of our nations and our people!