Discipleship though Outreach to the Poor

The vision of our Feed Tel Aviv outreach was born, first and foremost, out of a desire that our congregation would be a blessing to the community around us. One community near Tiferet Yeshua happens to be the worst area for homelessness and drug use in Israel. Since its beginning, Feed Tel Aviv has been a labor of love that has blessed many of us by seeing lives touched and people saved from the streets. What I never imagined is the fact that Feed Tel Aviv would become a “discipleship training” of sorts for believers who want to serve the poor and learn how to witness on the streets but don’t know how to begin or have the opportunity. It has been such a surprise and a joy for me that through this ministry we get to see so many sincere believers from all over Israel who want to serve the poor get touched with the passion for outreach and sharing the gospel!

Recently, a man named Eliav contacted me: he is a youth group leader from a congregation in the north. Eliav wanted to know if it was possible to bring their youth group to Tel Aviv to volunteer with us during our outreach to the homeless. I told him that we would be happy to have them join us, and we set a date for them to come. Eliav brought his youth group—twelve young men and women, salt of the earth, who want to devote their time serving Israeli society. 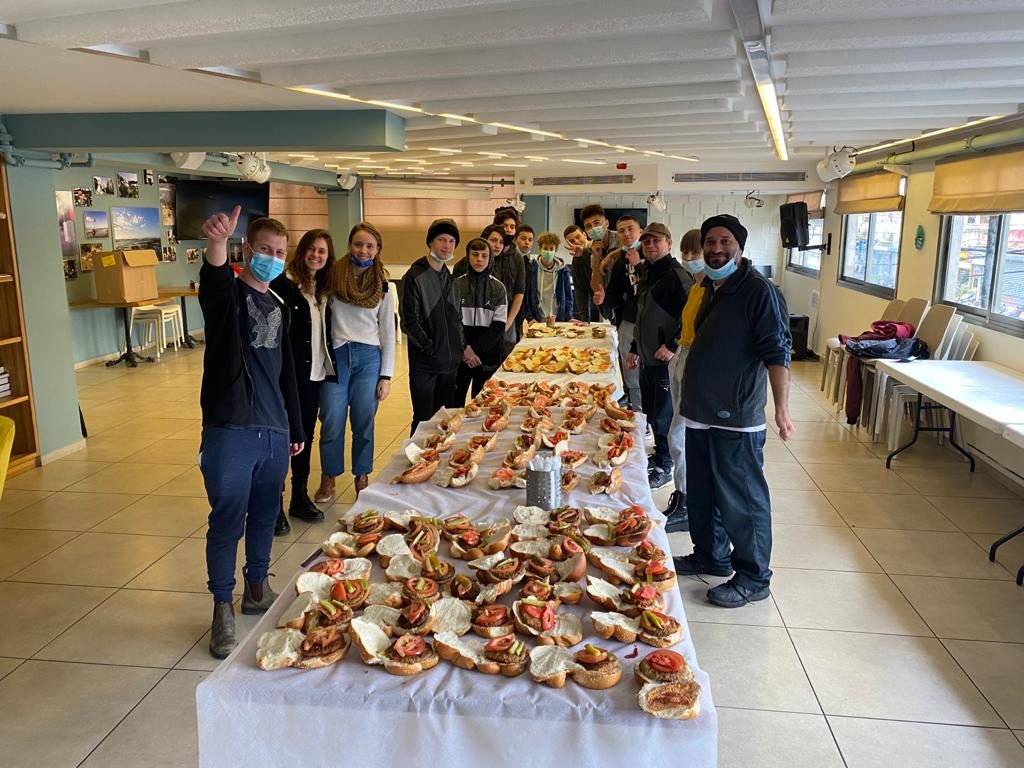 The first thing we did was to prepare the food together, making over a hundred hamburgers and other sandwiches to hand out on the streets. That day in Tel Aviv turned out to be quite cold and rainy, so we also prepared large pots of hot sweet tea and filled a few large serving thermoses to take with us. We also brought with us winter gear—jackets, blankets, gloves and hats—in order to give to the homeless who would end up sleeping on the street though the cold night. The fact that there were so many helping hands with the youth volunteers made it much easier to bring the winter gear and tea thermoses with us. 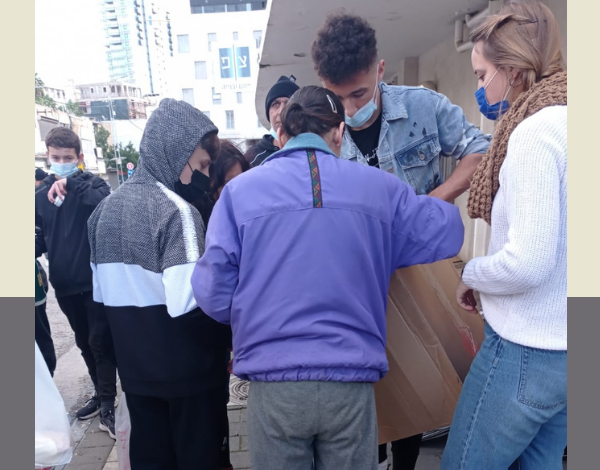 The youth taking bags of winter gear onto the streets

That day the youth group had many special encounters with people on the street. Some people just wanted food. Others asked for prayer in addition to the food and warm clothing. Some just wanted to talk and pour out their hearts to someone who would listen. It was amazing seeing these young people responding with love to some of the most shocking sights of poverty and desperation they have ever seen. With God’s grace, these youth overcome their shock and feelings of awkwardness and began praying for and sharing the love of God with the people on the street. 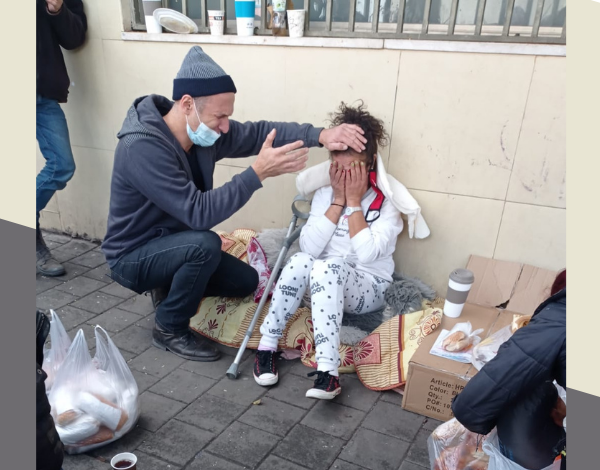 Eliav praying for a woman on the street.

Eliav and his youth group are Hebrew and Russian speakers: because a large percentage of the homeless drug addicts are from a Russian background, there was a special connection and they ended up spending much more time speaking with, listening to and praying for Russian speakers they met. Many drug addicts, even Arab addicts, came up to this group of young people to give them a warning: “We were young like you when we started trying drugs, and look where we ended up. Don’t make the mistakes we did!” It was a powerful thing for the youth to hear such sober warnings from the drug addicts themselves, and to hear their sincere hurt and regret over the choices they had made.

We are so thankful that God is putting it on the hearts of many here in Israel to devote time to serving these “invisibles” on the street and that He is using this outreach to train believers here in Israel to walk out their faith like Yeshua did: reaching out to the lost and suffering with love, mercy, and hope.

Thanks to your support, we can continue this important outreach here in Israel. Thank you!